The Year 2006 marks the 400th birthday of the brilliant artist Rembrandt Harmenszoon van Rijn. Born on July 15, 2006, in Leiden of the Netherlands, Rembrandt became the greatest painter of the Dutch Golden Age. He had an amazing gift of capturing light and dark in paint and was a true Dutch master. 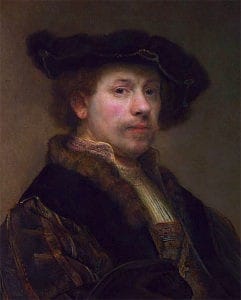 Holland is making preparations to celebrate Rembrandt’s birthday with a variety of festivities including performances, exhibits and tours. Rembrandt’s works such as the famous “Night Watch” and “Jewish Bride” paintings will be exhibited in the Rijksmuseum of Amsterdam throughout the year 2006. To liven up the exhibits, the museum will also display “fake” paintings that were once thought to be Rembrandt’s on March 9, 2006, through May 31, 2006.

Rembrandt’s close ties with Judaism are revealed in many of his paintings that have a Biblical theme, which will be on display in an exhibit at the Jewish Historical Museum from November 10, 2006, through February 4, 2007.

Rembrandt fans will be able to tour his birthplace, Leiden, where Rembrandt lived for 25 years. They can also enjoy musical performances about Rembrandt at the Royal Carre Theatre in Amsterdam during July 2006.

A Life of Contributions

The celebrations will not only focus on Rembrandt’s birth but also his successes in the art world. Rembrandt is known for creating more than 600 paintings, almost 2,000 drawings and about 300 etchings during his career. Although he had some very unsettling times during his life, Rembrandt still managed to contribute to the art that would be enjoyed for many centuries.

Art fans from around the world will be able to explore the life of a great artist and learn about an amazing time in history.

Also, check Adolphe William Bouguereau – All You Need to Know About His Biography

A documentary which unlocks Rembrandt to a large public. Through this documentary, we travel for 53 minutes together with Rembrandt in a geographical reconstruction of his life. The documentary shows beautiful pictures from which Rembrandt has drawn his inspiration. A lot of the buildings from Rembrandt’s days still exist. Through modern digital techniques we change, where possible, the current image into the painting that the artist has made over 400 years ago or into old pictures of those times.

A child-friendly introduction to the artist Rembrandt. Who was he? Why is he famous? What did he do? Rembrandt van Rijn was a famous Dutch painter and one of the greatest artists in history.

Here is a selection of Rembrandt’s self-portraits. The song is Breath of Light, by String Theory.