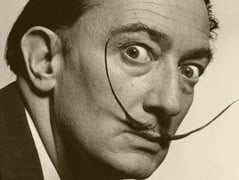 Salvador Dalí was a multi talented artist. Though known for his surrealist paintings, melting clocks, and eccentric behavior, Dalí was an incredibly skilled and trained craftsman in a multitude of disciplines. His art ranged from the two-dimensional to the three dimensional, from surrealism to realism, from the chaotic to the harmonized.

To understand Dalí as an artist one needs to look at his entire canon of work. His skills in sculpture telegraph a different side than his work as a filmmaker. Every way Dalí produced art was a way to tell a different story and different side of himself. Dalí believed that life itself was a work of art, a work of art that needs to be mastered and conquered every day. Thus for Salvador Dalí it made perfect sense for him to turn everything he did into an art form. From the mundane to the extraordinary Dalí saw art blossoming in all things. In fact he developed a skill he called the paranoiac-critical method in order to train his brain to irrationally link objects ideas. He described it as “spontaneous method of irrational knowledge based on the critical and systematic objectivity of the associations and interpretations of delirious phenomena.” With the paranoiac-critical method at his disposal the world was open to Dalí in an endless amount of possibilities. Dalí would forge his inspiration and imagination onto many forms of art and create some of the 20th century’s most memorable artistic icon.

Salvador Felipe Jacinto Dali I Domenech was born at 8:45 on the morning of May 11, 1904 in the small agricultural town of Figueres, Spain. Figueres is located in the foothills of the Pyrenees, only sixteen miles from the French border in the principality of Catalonia. The son of a prosperous notary, Dali spent his boyhood in Figueres and at the family’s summer home in the coastal fishing village of Cadaques where his parents built his first studio. As an adult, he made his home with his wife Gala in nearby Port Lligat. Many of his paintings reflect his love of this area of Spain.

The young Dali attended the San Fernando Academy of Fine Arts in Madrid. Early recognition of Dali’s talent came with his first one-man show in Barcelona in 1925. He became internationally known when three of his paintings, including The Basket of Bread (now in the Museum’s collection), were shown in the third annual Carnegie International Exhibition in Pittsburgh in 1928.

The following year, Dali held his first one-man show in Paris. He also joined the surrealists, led by former Dadaist Andre Breton. That year, Dali met Gala Eluard when she visited him in Cadaques with her husband, poet Paul Eluard. She became Dali’s lover, muse, business manager, and chief inspiration.

Dali soon became a leader of the Surrealist Movement. His painting, The Persistance of Memory, with the soft or melting watches is still one of the best-known surrealist works. But as the war approached, the apolitical Dali clashed with the Surrealists and was “expelled” from the surrealist group during a “trial” in 1934. He did however, exhibit works in international surrealist exhibitions throughout the decade but by 1940, Dali was moving into a new type of painting with a preoccupation with science and religion.

Dali and Gala escaped from Europe during World War II, spending 1940-48 in the United States. These were very important years for the artist. The Museum of Modern Art in New York gave Dali his first major retrospective exhibit in 1941. This was followed in 1942 by the publication of Dali’s autobiography, The Secret Life of Salvador Dali.

As Dali moved away from Surrealism and into his classic period, he began his series of 19 large canvases, many concerning scientific, historical or religious themes. Among the best known of these works are The Hallucinogenic Toreador, and The Discovery of America by Christopher Columbus in the museum’s collection, and The Sacrament of the Last Supper in the collection of the National Gallery in Washington, D.C.

In 1974, Dali opened the Teatro Museo in Figueres, Spain. This was followed by retrospectives in Paris and London at the end of the decade. After the death of his wife, Gala in 1982, Dali’s health began to fail. It deteriorated further after he was burned in a fire in his home in Pubol in 1984. Two years later, a pace-maker was implanted. Much of this part of his life was spent in seclusion, first in Pubol and later in his apartments at Torre Galatea, adjacent to the Teatro Museo. Salvador Dali died on January 23, 1989 in Figueres from heart failure with respiratory complications.

As an artist, Salvador Dali was not limited to a particular style or media. The body of his work, from early impressionist paintings through his transitional surrealist works, and into his classical period, reveals a constantly growing and evolving artist. Dali worked in all media, leaving behind a wealth of oils, watercolors, drawings, graphics, and sculptures, films, photographs, performance pieces, jewels and objects of all descriptions. As important, he left for posterity the permission to explore all aspects of one’s own life and to give them artistic expression.

Whether working from pure inspiration or on a commissioned illustration, Dali’s matchless insight and symbolic complexity are apparent. Above all, Dali was a superb draftsman. His excellence as a creative artist will always set a standard for the art of the twentieth century.

Salvador Dalí was one of the most popular artists of the 20th century. A famed Surrealist, he explained “all my best ideas [come] through my dreams.” The Persistence of Memory (1931), arguably his most famous painting, shows the visual manifestation of psychoanalysis: fluid forms melt into a landscape of indeterminate time or place. Dalí’s outlandish persona granted him notoriety and often overshadowed his talent. He considered himself a genius, and thought Modern master Pablo Picasso to be his only equal.

Have no fear of perfection – you’ll never reach it.

Democratic societies are unfit for the publication of such thunderous revelations as I am in the habit of making.

Don’t bother about being modern. Unfortunately it is the one thing that, whatever you do, you cannot avoid.

Drawing is the honesty of the art. There is no possibility of cheating. It is either good or bad.

Each morning when I awake, I experience again a supreme pleasure – that of being Salvador Dali.

I have Dalinian thought: the one thing the world will never have enough of is the outrageous.

In order to acquire a growing and lasting respect in society, it is a good thing, if you possess great talent, to give, early in your youth, a very hard kick to the right shin of the society that you love. After that, be a snob.

Instead of stubbornly attempting to use surrealism for purposes of subversion, it is necessary to try to make of surrealism something as solid, complete and classic as the works of museums.

It is good taste, and good taste alone, that possesses the power to sterilize and is always the first handicap to any creative functioning.

Let my enemies devour each other.

Mistakes are almost always of a sacred nature. Never try to correct them. On the contrary: rationalize them, understand them thoroughly. After that, it will be possible for you to sublimate them.

Painting is an infinitely minute part of my personality.

Progressive art can assist people to learn not only about the objective forces at work in the society in which they live, but also about the intensely social character of their interior lives. Ultimately, it can propel people toward social emancipation.

Surrealism is destructive, but it destroys only what it considers to be shackles limiting our vision.

The difference between false memories and true ones is the same as for jewels: it is always the false ones that look the most real, the most brilliant.

The first man to compare the cheeks of a young woman to a rose was obviously a poet; the first to repeat it was possibly an idiot.

The only difference between me and a madman is that I’m not mad.

The secret of my influence has always been that it remained secret.

The thermometer of success is merely the jealousy of the malcontents.

There are some days when I think I’m going to die from an overdose of satisfaction.

There is only one difference between a madman and me. The madman thinks he is sane. I know I am mad.

Those who do not want to imitate anything, produce nothing.

Wars have never hurt anybody except the people who die.

We are all hungry and thirsty for concrete images. Abstract art will have been good for one thing: to restore its exact virginity to figurative art.

What is a television apparatus to man, who has only to shut his eyes to see the most inaccessible regions of the seen and the never seen, who has only to imagine in order to pierce through walls and cause all the planetary Baghdads of his dreams to rise from the dust.

Intelligence without ambition is a bird without wings. 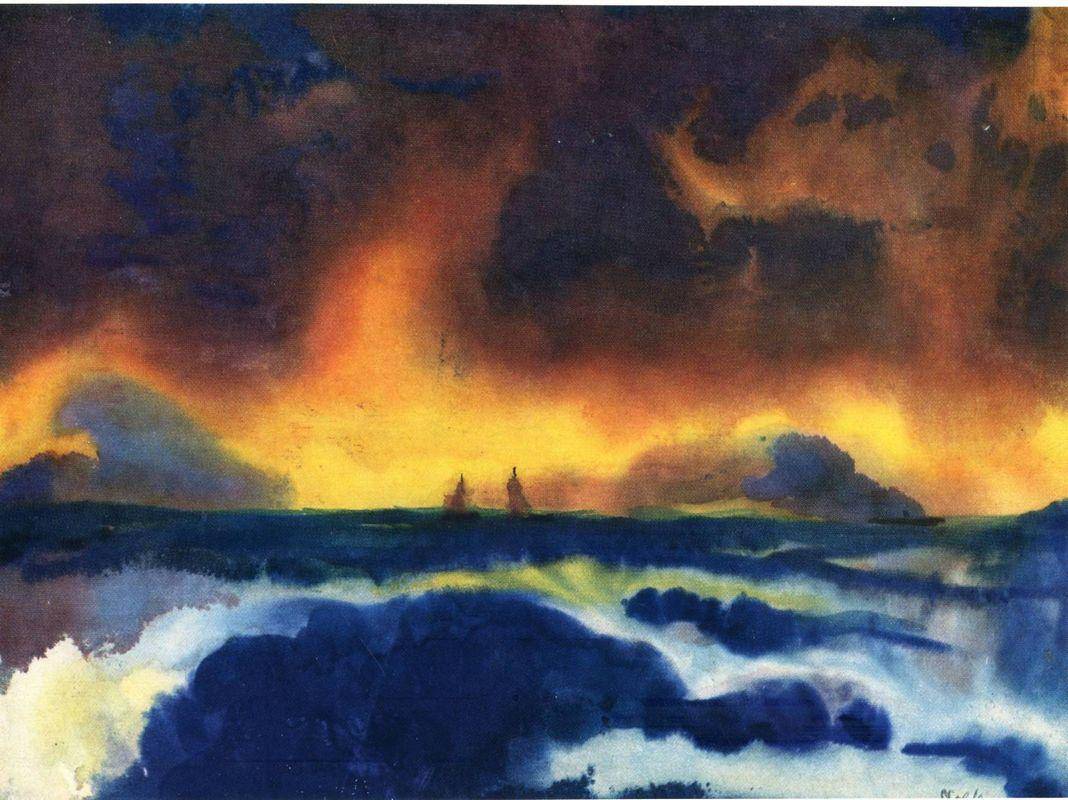 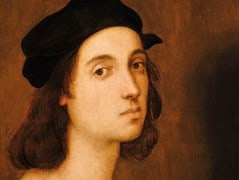 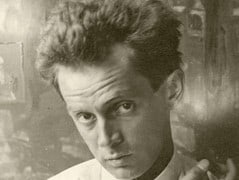 Egon Schiele (12 June 1890 – 31 October 1918) was an Austrian painter. A protégé of Gustav Klimt, Schiele was a major figurative painter of the early 20th century. His