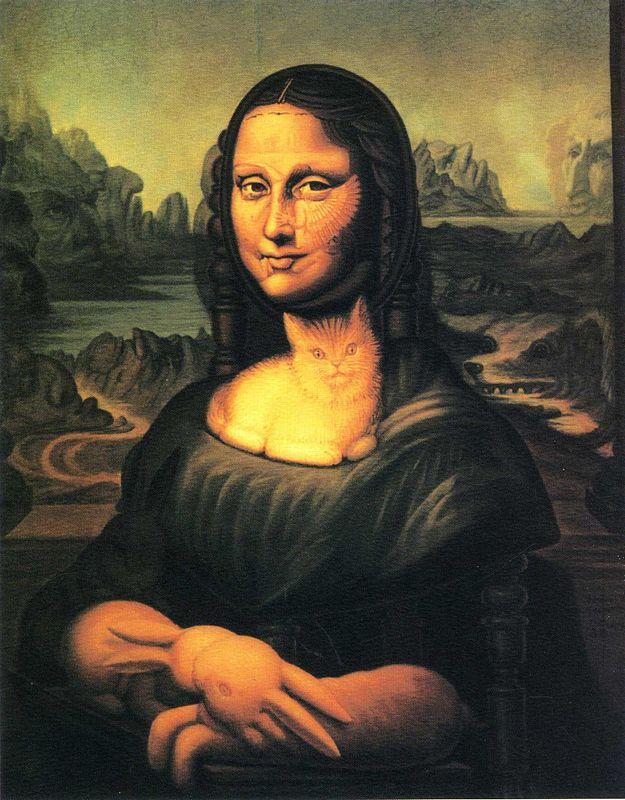 Over the past centuries, many paintings with significant meaning have been preserved in museums. What’s impressive about these images is that they carry more than one message, and at times, you may misinterpret them. One famous piece of art, known a Mona Lisa’s Chair, painted by Octavio Ocampo, has hit the minds of many scholars trying to figure out what is included in the painting.

From this perspective, we shall try to look at the color used, technique, interpretation, and precisely who Octavio Ocampo is. Besides, we shall also look at the famous paintings he has made since the beginning of his artwork.

This magnificent work of Octavio clearly shows what art can do to communicate important messages through art. Mona Lisa’s Chair compliment the painting work done by Leonardo DaVinci titled Mona Lisa, a highly valued painting in the art world. It’s a fine art with hidden massages that can only be revealed when you take a closer look at the picture.

From the outer picture, you can see a woman with her hands held together close to her belly. Is this really what Octavio intended for his artwork? No, of course, there is a lot more to discover from his paint. First, you’ll see a cat sited on the upper cushions as it watches you.

What funny about this chair is that it has mirrored back, and you may think it’s all about Mona Lisa’s face, but when you look closely, you’ll discover a man, an angle, skyline, and two women. Moreover, the background of the paintings a lot to say, the valley and hills at the back to some extent resembles subconscious faces, and a wolf is also included.

Having used the clues from DaVinci’s thoughts that gave us Mona Lisa painting, you’ll discover more about Mona Lisa’s Chair paintings. Also, when you look closely at the chair, you’ll see three rabbits occupying the seat. You’ll see a white one at the lower left, and the lower center holds the other two white rabbits.

There are lots of information about Octavio Ocampo as far as is artwork is concerned. However, he is not only a painter but also an art director and sculptor. What so unique about his is the metamorphic painting system that he uses in which he juxtaposes and superimposes figurative and realist detail in a single painting. Currently, he resides and works at Tepoztlan, Mexico.

Octavio Ocampo facts about his personality life stated that he was born on 28th February 1943 in a small town in Guanajuato, Mexico is known as Celaya. His painting talent was motivated by the fact that he came from a family of painters, which explains why he was able to do well when he was still young. His mother, Ruth Rivera Mar&iacute;n, was not only an actress but also performed elaborate knitting and had artistic skills.

On the other hand, Rafael Angel Ocampo, who was Octavio’s father was a mechanic, electrician, and engineer but productively spent his free time as a painter and a designer. A good reason why Octavio Ocampo developed his artistic styles at a younger age

From his early childhood, he attended San Carlos Art School, Mexico, a well-known institution producing the best artist in Mexico. While in this school, she mainly created papier-mache figures for alters, ornaments, and floats, essentially during festivals like carnival parades and others. Later on, when he joined high school, he had already fine-tuned his skills and painted murals for the City Hall of Celaya and the Preparatory School.

From his exceptional work and promising ability, Ruth Rivera’s daughter of Diego Rivera encouraged him to join the School of Painting and Sculpture of the National Fine Art Institute, which Octavio did between 1961 and 1965. However, while at the Art Institute of San Francisco, Octavio concentrated on painting and sculpture and showed his love for dancing and dancing. He then graduated in the year 1974.

While working as an art director, he relocated to Tepoztlan Morelos City in Mexico. In his life as an art director, here has director over 100 movies. He has also played the role of an actor and is featured in 10 films. Furthermore, he worked on 5 Mexican soap operas as well as acting in 10 theatre plays. However, in 1976, he committed his time and resource to paint and sculpture and mainly uses a versatile style, which is now common among Mexican painters.

Among the celebrity portraits he painted that have been commissioned includes President Jimmy Carter, who was commissioned by President Lopez Portillo and given as a gift from the Mexican States. Other paintings include Cesar Chavez, Jane Fonda, and Cher. He has also participated in many collective and personal exhibitions in Western Europe, the Arab East, the United States, Latin America, the city of Mexico, and Canada.

Time passes, but family and love hold to till life do us apart, a famous quote comely used by those in; love. When you look at this beautiful painting titled Forever always, you’ll see a couple at their old days and the part of life they have lived. Life as a young couple isn’t bright, but with a clear look, you can see them.

First, the Cup Of Life sherd by the old coupes and a crown of infidelity at the top of the cup indicates unbroken love. As the more past couple closely, looked at one another, all they see is that time they had together while sharing a cup of tequila located at the lower center. Furthermore, the younger couple looks forward to sharing a common cup of life.

Miracle of the Roses

There is a story about a small village in Mexico City where the Bishop intends to build a cathedral to honor the Virgin Mary. However, it wasn’t easy for either the Bishop or the leaders to identify a perfect spot for construction. It took them time, but one day when Juan Diego, a staunch Christian who believed in God, was walking, she met a young lady who told directed hit to inform the Bishop of the construction spot.

However, when Juan visits d the Bishop, he was thrown out because the Bishop thought he was getting crazy. So Juan got to the same scene and again found the Virgin Mary, who instructed him to go back to the Bishop again and tell him about the pace to build the cathedral. For the second time gains, the Bishop only wanted proof, so Juan had to get back to the scene for the third time.

When he got there, he met the virgin Mary again and asked for a prophet. At that time, no one would expect Rose to sprout in the areas, but when the virgin Mary touched the ground, the roses appeared in the area. So, Juan gathered the roses and took to the Bishop. So the Miracle of the Roses painting by Octavio Ocampo displays that time when Juan got to the Bishop and with roses on his hands. There is much to learn from the scene.

Words may explain it all, but you’ll need several pages to be old them up together. However, Octavio demonstrates his ability to tell a whole story in a single painting. From the picture, the story of Don Quixote is celery illustrated. You can see an older man having a face with dreamlike expression, wild yellow hair, and a strange beard. At a closer look, you’ll see a windmill that is about to come to life in the Spanish countryside.

Again, you’ll see two heroes at the center of the painting, the symbol of a dog indicated on the picture shows the madness of Quixote. As Xarifa works in the field, you’ll also see La Mancha village surrounded by mystical creatures like dragons. Also, from the Duke’s castle wall hangs Duke’s face, and you’ll also see Miguel de Cervantes’ ghostly face that watches over Duke’s work.

From this painting of Octavio, the fat of the world lies in the hand of one man, he has an option, and he can either destroy it or save it when you look at the face that views the world with two angles, plus the love of God that makes up these two faces of the angels. Their main aim is to safeguard the fact of the small plants shown in this picture. From the painting, you’ll see an older face that guides your move from an ancient world to more modest and new earth.

In the life of Octavio Ocampo as a painter and scalper, he has made beautiful paintings and hangs in many museums around Mexico and all over the USA. Besides, his unique painting system is loved by many arts, and upcoming pain stress is missing it, making art have value. In conclusion, the painting titled Mona Lisas Chair one of is fine creation that many people have wished to know as it has more stories all in one picture, a bright look at it will make you learn a lot for Octavio style of painting and use of colors.