Michelangelo Merisi (Michael Angelo Merigi or Amerighi) da Caravaggio (29 September 1571 in Caravaggio – 18 July 1610) was an Italian painter active in Rome, Naples, Malta, and Sicily between 1592 (1595) and 1610. His paintings, which combine a realistic observation of the human state, both physical and emotional, with a dramatic use of lighting, had a formative influence on Baroque painting.

He was a master Italian painter, father of the Baroque style, who led a tumultuous life that was cut short his by his fighting and brawling. As a child and art student, he trained in Milan under a teacher who had been taught by the great Italian painter Titian himself, and who exposed him to the great works of Leonardo de Vinci and the Lombard artists. He moved to Rome in 1592, after certain quarrels resulted in the wounding of a police officer.

Rome at the time was in a period if great expansion, and the many churches and palaces being built were all in need of paintings to decorate the walls. He also moved to Rome during the Counter-Reformation, in which the Roman Catholic Church tried to stem the rising tide of Protestantism, and was commissioning many works to elevate the social status of the Church.

He arrived in Rome starving and destitute, and immediately began working for Giuseppe Cesari, the favorite painter of the Pope, and throughout the end of the 16th century his reputation as a great painter grew. His big break came in 1599, when he was commissioned to pain the Contarelli Chapel in Rome, which was finished in 1600. after which he began receiving many commissions, both public and private. Some of his works, being controversial in subject matter (his unacceptably vulgar realistic style) and models (one of his favorite models for the Virgin Mary was a prostitute), and some of his works were returned to be painted over or fixed. Others were returned entirely, but Caravaggio always had a public willing to snatch up any painting he produced.

As a street brawler, his police records and court proceedings fill many pages. In 1606, he killed a young man in a street fight and fled to Naples, where he was protected by the Colonna family. In 1608, he was arrested and put in jail for another brawl in Naples, but he managed to escape. In his flight from the law, he traveled through Milan, Syracuse, Sicily, Palermo, Malta, and Messina, continually receiving commissions. He returned to Naples to live with the Colonna family and seek a pardon from the Pope, and in 1606, an assassination attempt was made of his life, leaving his face permanently disfigured.

In the summer of 1610, he took a boat from Naples to Rome, along with three paintings as an offering of peace, seeking a pardon from the Pope. He never arrived at his destination, having mysteriously died along the way. Although his artistic technique fathered the Baroque style, he was quickly forgotten after his death. It was not until the 1920’s that his body of work began to be fully received and appreciated.

He is a pioneer of the Italian Baroque style that grew out of the Mannerist era. Italian Baroque art was not widely different to Italian Renaissance painting but the color palette was richer and darker and the theme of religion was more popular. 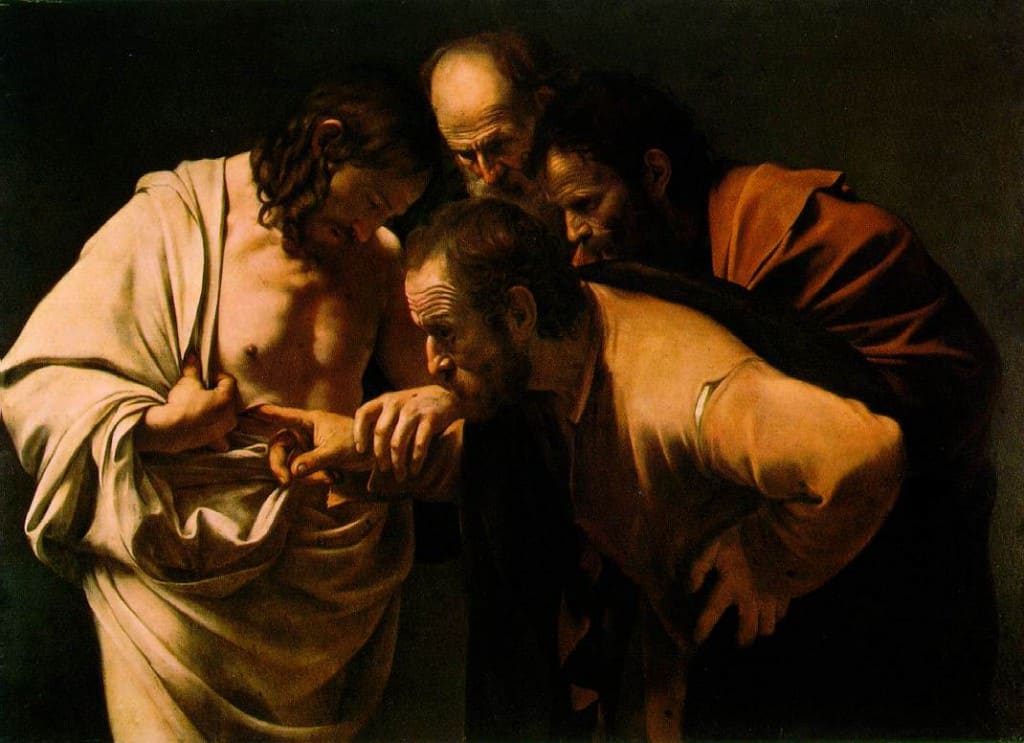 At the end of the 16th century, Caravaggio was fortunate to be working during the Counter Reformation, when virtually the entire city of Rome underwent a construction project as the Catholic Church renovated old churches and constructed new ones in an effort to attract Protestant converts back to the faith. All these new spaces needed lavish amounts of decoration, and artists were all too ready to fill that need.

As well as this, Caravaggio was also exposed to a new interest in scientific naturalism flourishing in northern Italy, due in part to the influx of artworks from northern Europe. Consequently, Caravaggio developed a style of unflinching realism, unprecedented approachability and a direct appeal to the emotions that had no equal among his peers and helped to mould 17th century Italian art.

Caravaggio’s influence is evident both directly and indirectly in the paintings of artists such as of Rubens, Bernini, Jusepe de Ribera and Rembrandt. The next generation of artists profoundly influence by Caravaggio were labeled the “Caravaggisti” or “Caravagesques”, as well as Tenebrists or “Tenebrosi” (“shadowists”). The secretary of Paul Valéry, Andre Berne-Joffroy, said,

“What begins in the work of Caravaggio is, quite simply, modern painting.” 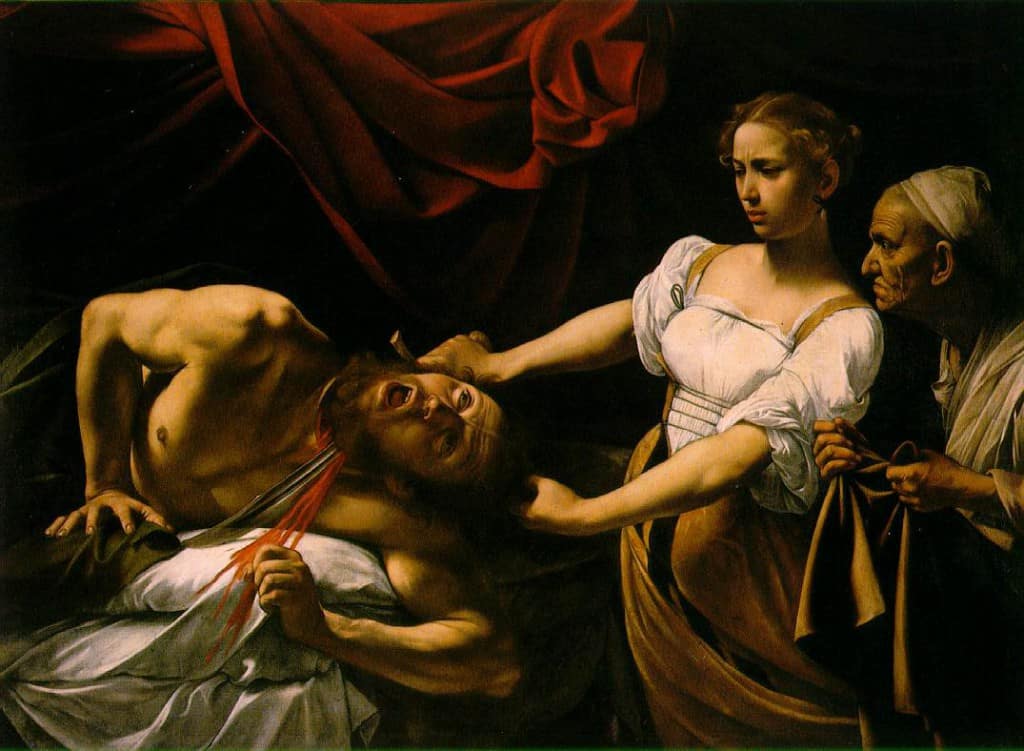 In the 1920s art critic Roberto Longhi said of Caravaggio:

“Ribera, Vermeer, La Tour and Rembrandt could never have existed without him. And the art of Delacroix, Courbet and Manet would have been utterly different”.

Bernard Berenson agreed: “With the exception of Michelangelo, no other Italian painter exercised so great an influence”.

Caravaggio’s works were so controversial in their own time (and for centuries after) for their utterly innovative, revolutionary style. The intense, dramatic contrasts of light and dark, resolute realism, meticulous attention to naturalistic detail and approachable, life-like models set Caravaggio’s paintings apart from all the masters that preceded him. 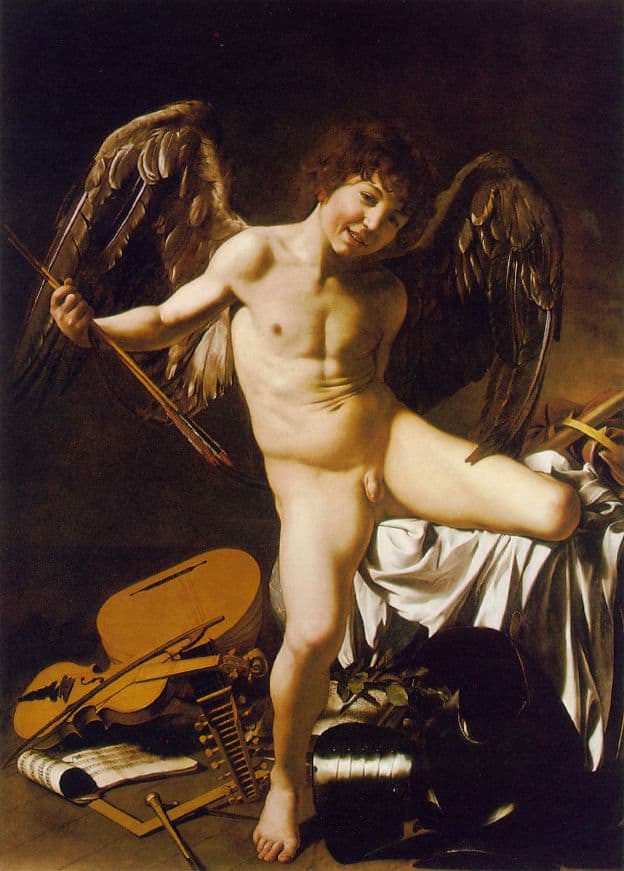 Caravaggio’s first known paintings date from his arrival in Rome in 1592. During these first years, he was completely destitute and painted small genre scenes, self-portraits and still-lifes to earn money on the open market.

From 1595 onwards, Caravaggio’s career was boosted when the influential Cardinal del Monte welcomed him into his court. The young artist executed paintings for the Cardinal and took advantage of his connections to garner prime commissions from Rome’s wealthiest patrons and collectors.

In 1599, Cardinal del Monte used his influence to get Caravaggio his first major commission: the decoration of the Contarelli Chapel. These three paintings showing scenes from the life of St. Matthew constituted Caravaggio’s triumphant (and controversial) bursting onto the Roman art scene. 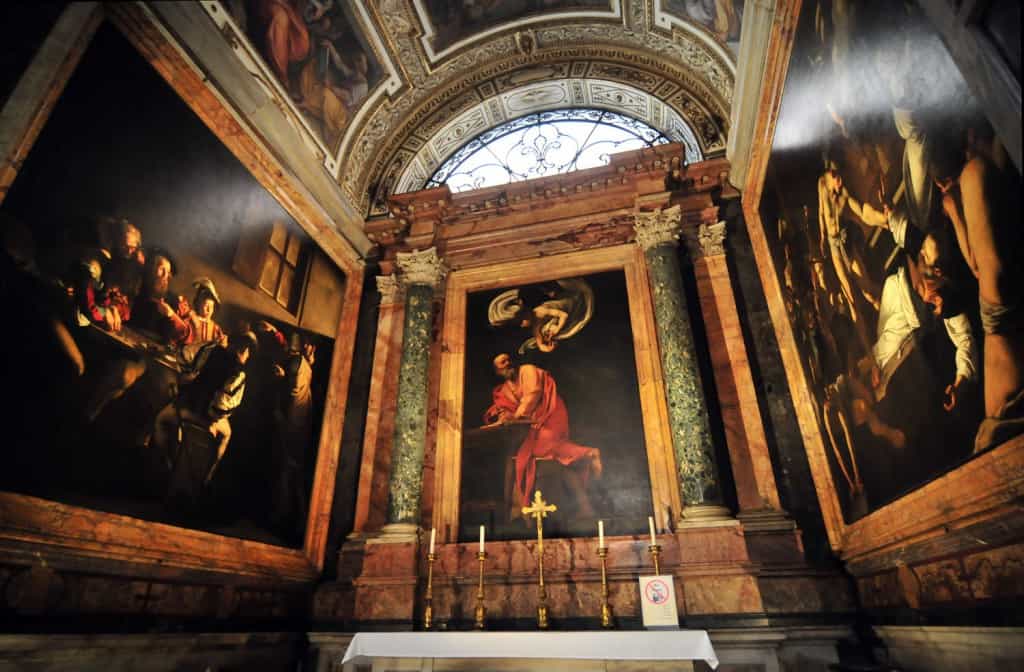 The commissions came pouring in after 1600, despite Caravaggio’s difficult temper, problems with the law, and soaring prices. This stage in his career saw he artist creating many religious works with larger and more complex arrangements. The artist had clearly solved his early compositional problems.

In some respects, Caravaggio’s art was in keeping with the spirit of the Counter-Reformation: after the artificial decadence of Mannerism, the Church was seeking a simpler, more direct art that would have a maximum effect on the emotions.

Caravaggio’s art was certainly natural and direct, but to an extreme that made the Church uncomfortable, as the artist portrayed sacred religious personages as real, common people, complete with bare feet and dirt under their fingernails.

In addition to his radical naturalism, Caravaggio’s other major innovation was his intense, tenebristic chiaroscuro, which lent a dramatic, theatrical air to his paintings, setting the tone for the high drama of the Italian Baroque.

In 1606, Caravaggio had to flee Rome with a price on his head after committing a murder. During this time of intense fear and personal trauma, Caravaggio’s paintings reached the ultimate in darkness and despair. Focusing on religious subjects and portraits his works were grim, somber and unsettling.

1. His tragic childhood
The artist lost most of his family to the plague that ravaged Milan when he was aged six. In October 1577, the artist’s father, his paternal grandfather and his unnamed grandmother died within a day of each other. The art of Caravaggio’s maturity would be saturated in the ineradicable memory of night terrors.

2. His violent lifestyle
There was invariably a logic behind the violence Caravaggio displayed in later life. He was highly dangerous but he was not mad, and he lived his life by an elaborate honour code, with specific insults punishable by particular injuries. When a Roman waiter questioned Caravaggio’s taste, he responded by smashing a plate into the man’s mouth. When a young painter insulted him behind his back, Caravaggio stalked him by night and then attacked his rival from behind with a sword.

3. His duel to the death
The pivotal event of Caravaggio’s life, the murder of Ranuccio Tomassoni, was itself dictated by the logic of vendetta. The origin of the quarrel between the two involved a woman, almost certainly Tomassoni’s (probably unfaithful) wife Lavinia. The fight between Caravaggio and Tomassoni was a prearranged duel, in the course of which the painter not only killed his enemy but may also have sought to castrate him.

4. His artistic rivalry
There are subtle traces of the same vendetta mentality in Caravaggio’s paintings. One of his greatest works, “The Conversion of St Paul” in Santa Maria del Popolo in Rome, was painted in direct competition with Annibale Carracci, whose saccharine “Assumption of the Virgin” still hangs over the altar. To stress his disdain for Carracci’s brand of vapid magnificence, Caravaggio contrived a cunning insult: the rump of St Paul’s proletarian carthorse is pointedly turned to the face of Carracci’s Madonna.

5. His bloody demise
Caravaggio’s violence eventually caught up with him and, in the autumn of 1509, he was attacked by a man seeking revenge for an earlier assault who slashed the painter in the face so badly with a knife that he was almost unrecognisable. Caravaggio never recovered from the wounding and died months later while attempting to return to Rome, aged 38.

All works, no matter what or by whom painted, are nothing but bagatelles and childish trifles… unless they are made and painted from life, and there can be nothing… better than to follow nature.

I am always learning.

The price of the painting is my knife.

I bury my head in the pillow, and dream of my true love…

I am rowing to you on the great, dark ocean.